Cricket, in some form, has almost certainly been played in the village for a considerably longer period than formally documented. However, it appears that 1877 was not altogether a good year for the game, as England lost the first Test Match to Australia in Melbourne. 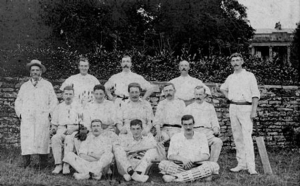 Locally it also marked the closing of Eydon’s second inn – The Black Moor’s Head. It was also the first year in which official records were kept for Eydon Cricket Club, mainly owing to the efforts of the Reverend Mr. W. H. Chapman, who came to the village in 1868. 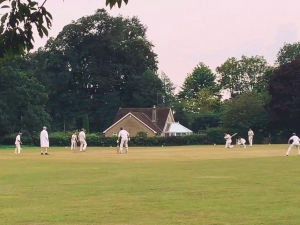 Most important, Rev. Chapman provided the ground on which to play, next door to the Rectory. Known as The Rectory Ground, it was used as a recreation ground as well as for cricket; there were swings, football crossbars and jumping poles. He declared ‘I have made (it) for the promotion of true religion, healthy recreation and cheerful and innocent amusement in this place.’ (Seale & Preece 1978:4). In fact this is the same land that now we call Eydon Community Sports Field!

The above text is an extract from an article and booklet entitled “Maidens, Matches and More”published by the Eydon Historical Research Society. To read the full article, please click on the following link:  Eydon Cricket Club – A History April 2009 revised.

A competitive season of Sunday cricket is arranged by the Club with some two dozen matches booked each season with at least half of them played ‘at home’. Details of the matches are usually available in The Eydon Village News 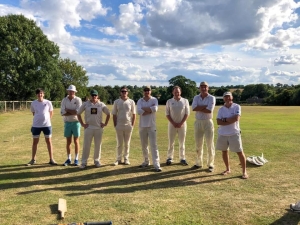 The Club continues to co-operate with the Sports Field committee in helping to create a living sports field which is open to the entire village to enjoy. The continued success of Eydon Cricket Club, including the maintenance and upkeep of the much commented on and enjoyed ground, is a high priority to all involved.

You are invited to support Eydon Cricket Club in the form of playing, watching, supporting fundraising activities or giving your time, skills, expertise and match sponsorship etc.

Meeting are temporarily being held on the Zoom teleconferencing facility. At the discretion of the Chairman, comments from the public are welcome during an open section of the Meeting, typically within the first 10 minutes of the Meeting. An Agenda with Zoom joining instructions will normally be available for viewing on the Parish Council noticeboard and website 3 working days before the Meeting.

The Documents Section now contains the 2020 edition of Eydon's Welcome Pack - for those new to the village and those wanting to catch-up with the numerous groups and societies the village has to offer!